The FTT EN ISO 1182 (IMO FTPC Part 1, ASTM E2652) system has been designed with significant new features. Rather than the traditional variac control, where it is possible to supply too high a current to the heater element during the heating cycle, FTT has automated this process by using modern electronics. The benefits of this system over traditional variac systems, which considerably extend the life of the furnace, are:

The FTT ISO 1182 apparatus consists of the following:

Special Tube Furnace
Manufactured from steel with a polished finish. This single zone furnace has a maximum operating temperature of 900°C. The furnace is easily replaceable during maintenance and servicing procedures. The furnace and stabilising cone are held in a frame which also includes the specimen holder support and viewing mirror.

The operator can monitor temperatures on a Status panel, before performing a test, without recording any data. Before a test, the specimen information (material name, density, mass, laboratory name, etc.) is entered into the computer and saved to a file.

During a test, the temperature of the furnace, specimen surface and specimen centre thermocouples are recorded at a rate of 2 Hz (i.e. every 0.5 seconds) and the temperatures displayed on a graph in real time. The status of the furnace stabilisation (temperature drift and deviation) is shown on the test screen so that the user knows when it is possible to start a valid test. Also the initial, maximum and final temperatures recorded by the thermocouples are displayed during the test run. The end of test criteria is determined by the computer software based on the drift of the furnace thermocouple(s), so the user knows when a test can be stopped in order for it to be valid.

After the test, the user is prompted to enter any comments about the material performance, the total time of sustained flaming and the final mass. The appropriate temperature rises are calculated and then a report for the test specimen can be generated.

The test report shows the material information, the initial, maximum and final temperatures, the required temperature rises, the total flaming time, the mass loss (actual and as a percentage of the initial mass) and a graph of the recorded temperatures against time. The test report also includes a reference to the pass-fail criteria given in the appropriate Standards and states whether the specimen meets these criteria.

All the test data is saved to the hard disk as an ASCII file which can then be imported into spreadsheets for additional analysis. 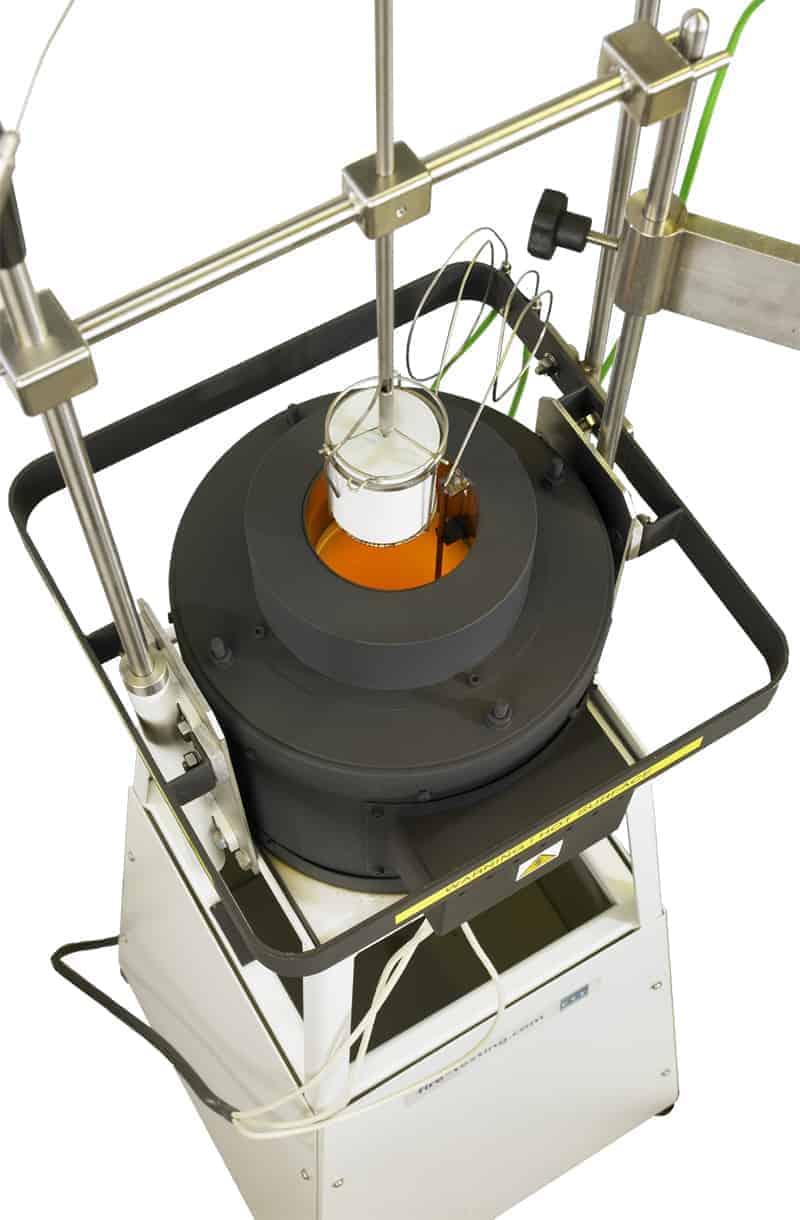